Never Without The Pentagram

by Hvile I Kaos & Emerson Sinclair 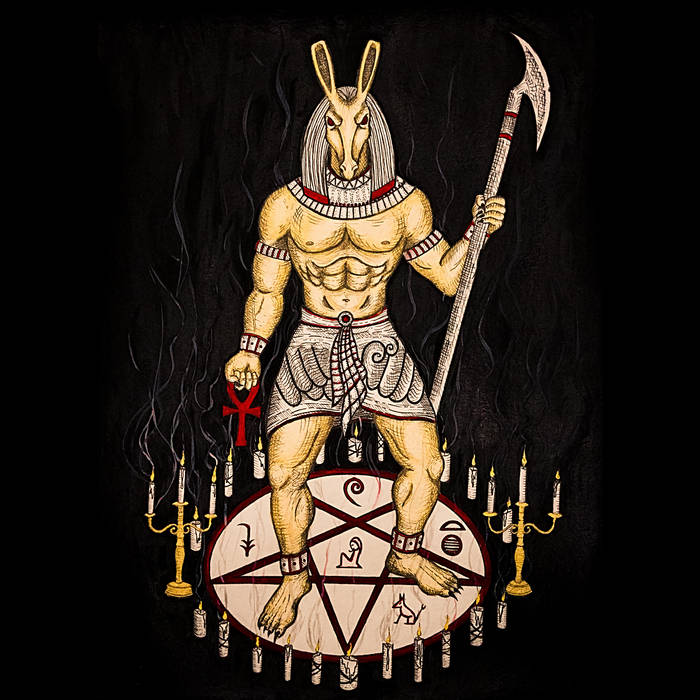 The sheer power and intensity of the music on offer here is something special, and is in perfect alignment with what Metal Assault Records is striving to promote and get behind. MAR released Never Without the Pentagram on July 10 2020, on CD (limited to 100 copies only).

Kakophonix of Hvile I Kaos has this to say about the split album: “Hvile I Kaos and Emerson Sinclair have been affiliated since I began the project in 2011, when we were both music composition students at Baldwin-Wallace Conservatory in Ohio. In that time, we’ve both developed our own respective forms of Left-Hand Path Theistic Devotion that we express through our musickal workings. As such, a joint ritual ceremony in recorded form eventually seemed both prudent and natural.”

Emerson Sinclair says about the project: “In 2018 my longtime friend and collaborator, Kakophonix, approached me to do a split with his pieces “Rise, Engulf, Envenom”, and “Cleanse, Dispel, Disperse”, which form the opening and closing of a magickal invocation. I knew right away it would only appropriate for me to write the part where the god speaks, and that god should be Set. Little did I know, receiving the word of a god was going to be the easy part. Writing this music expanded my limitations, not only magickally, but musically and personally, and for that I am grateful to both Kakophonix and Set.”

ABOUT HVILE I KAOS:

Hvile I Kaos was dedicated in 2011 as a mouthpiece for the unspeakable.

The backbone of the Hvile I Kaos sound has always been the cello, which provides a distinct medium for the project’s aesthetic and esoteric goals. Other instruments have often been utilized to enhance the ensemble, both live and in studio. But the foundation provided by the cello has remained intact.

Hvile I Kaos translates roughly as “to Rest in Chaos” in Norwegian.

The project has been based in both Ohio and California for varying time periods.

Emerson was born in Cleveland, and grew up with staunch classical musician parents in Northeast Ohio. She started playing violin when she was three years old, and eventually added clarinet, piano, and an amalgamation of strange synthesizers.

Described as “quietly metal as fuck”, Emerson’s work is difficult to place in a style or genre, but features elements of classic rock, grunge, baroque, extreme metal, electronic, and traditional liturgical music. It seeks to probe beneath the surface of the subject matter using vivid imagery and anachronistic juxtapositions of style and instrumentation. Lyrical themes include psychoanalytic character studies, mental illness, dreams, occultism, the glory of the Old Gods, and the relationship between humans and the natural world.

Bandcamp Daily  your guide to the world of Bandcamp